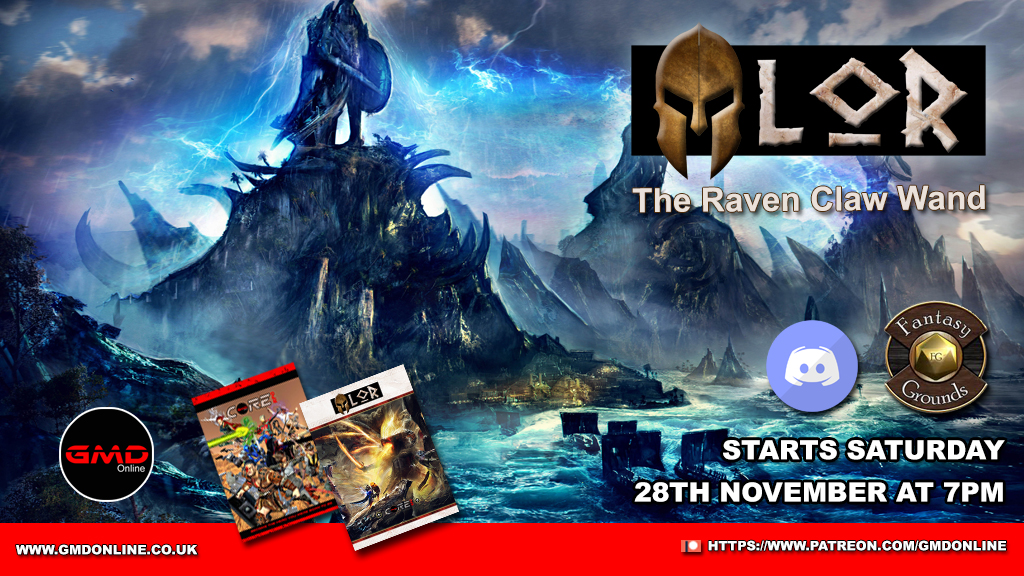 Hērōs, Seeker of forgiveness from the gods.

Gyrn, Not right in the head.

Whilst traveling through the Southern regions of the forest of Koranthos on their way to Oros Brontes to seek help with releasing the spirit trapped within the Raven Claw Wand. The party is led by a Shae-Du Darian guide called Belindor.

Entering the ruined fortress of Aeon-Dῡl. The party come across a Shae-Du-Mōn called Obrios, surrounded by Saurataurs. They do not wait and charge into the Sarautaurs to save Obrios, the battle is fierce but the party is triumphant.

Obrios tells them that he is the lone survivor of the Eastern phalanx defence force against the Saurataur invaders. They were trying to rescue some strangers captured by the Saurataurs but they failed. He asks them to assist him to get to the Tower of the King and warn Archon Tristantos that the Eastern Defences have fallen.

Obrios explains how the Shae-Du-Mōn kingdom of Lamia was overrun months ago and Archon Tristantos led his people here. Silvarius became concerned for the strangers described by Obrios: the pair as odd, one a female a Shae-Du Darian and points to Amara, like her but hair as white as crystal. And she was accompanied by a winged creature such as I have not seen before. A demonic-looking thing black as coal. With large feathery wings.

Arriving at the Tower of the King, they meet with the Archon of Lamia Tristantos Mōn. Tristantos is abrupt but pleasant, concerned that the eastern defences have fallen. He instructs Belindor to return to Avalae and inform Queen Daria of the Blight spreading towards her kingdom. He then speaks to the party and says he is concerned that first Bovitaurs strike at Lamia and now Saurataurs at the old fortress of Aeon-Dῡl, now talk of the Blight that creeps along the territories of Oros Daria. He believes something unnatural is at hand. He says that the time of the Shae-Du-Mōn is close to an end. He says he will not stand in their way to save their friends from the grasps of the Saurataurs but asks if they find them to report back to him any intelligence they find.

Our 2-hour game session then ended unit next time!

What player won MVP? Read on…

This site uses Akismet to reduce spam. Learn how your comment data is processed.